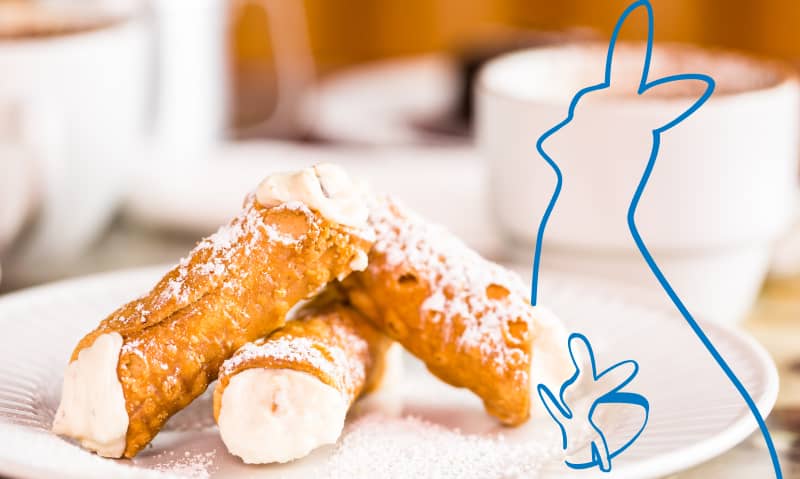 Fulfill your foodie dreams with these facts!

If you and your family fancy yourselves foodies, then you live in the right place. Rochester, New York, ranks #4 as a top city for foodies in America, just after Miami, Berkeley, and Pittsburgh.

The ranking itself has more to do with the number of restaurants in a city per capita, which is equally weighed against the city’s population as well as its restaurant density per square mile. Of course, this alone isn’t what makes Rochester such a fantastic city for foodies. There are other factors that come into play, including food quality, top-rated chefs, and inventiveness, among other things.

To find out more about those other things that make Rochester the foodie destination it is, keep reading.

What makes Rochester, NY so fantastic for foodies?

Rochester is jam-packed with one-of-a-kind restaurants, all with varying price points. Of course, if there’s one thing Rochester is known for, it’s the iconic garbage plate created by Nick Tahou.

Additionally, cheap eats is the name of the game city-wide, which is a plus because it means you can eat more for less.

Now, without further ado, here are some foodie facts about Rochester, NY:

The garbage plate is everywhere.

OK, so we can’t mention the garbage plate without expanding on it. The regional dish was originally intended to be local street food and can now be found across multiple restaurants throughout the city, including fine dining spots.

Each restaurant puts its own spin on the plate, but the original consisted of a combination of meats, fries, baked beans, sometimes macaroni salad, and lots of hot sauce. Legend has it that Nick Tahou created the garbage plate late one night when he and some college buddies sat down at a restaurant and requested a plate with “all the garbage on it.”

It’s not the healthiest dish, and locals either love it or hate it, but it is a local treasure.

The city is home to the Flower City Food Tours.

The Flower City Food Tour is a three-hour walking tour starting in either Pittsford on Park Avenue or Rochester’s City Centre, i.e., Downtown/Neighborhood of the Arts.

On this tour, visitors get to see and learn about historical, cultural, and architectural points of interest within the city. Additionally, and most importantly, there are seven stops for food tastings along the way.

The tours are given rain or shine, and it’s required that you book in advance!

The Good Luck Burger was made to be shared.

If you’ve got at least two other friends and a serious appetite for a seriously good burger, the GoodLuck restaurant is the place to go.

GoodLuck makes a whopping one-pound burger, aptly named The Good Luck Burger. It also comes with fries—and plenty of them—because what would a huge, life-ruining burger be without the appropriate amount of fries to dress it up?

The burger is incredibly juicy and delicious, and despite the name, you don’t need luck to eat it. You do, however, need your friends to help you!

Another aptly named treat is the-size-of-yo-face cookies from Java’s Cafe. These homemade cookies cost just under two dollars, and they are quite literally the size of your face.

There’s usually a variety of different types settled into large cookie jars. There’s even a “healthy” cookie that mixes nuts, raisins, and chocolate. Despite their size, after one bite, you won’t be sharing your larger-than-life cookie, and trust us, they’re worth the stomachache.

Awesome homemade cookies aren’t the only treats you’ll come across at Java’s Cafe. They also make the best coffee in the city. Their iced lattes come with a nice dollop of foam on top accompanied by cinnamon sprinkles or chocolate shavings.

You can have cannolis for breakfast.

Not only are these breakfast desserts delicious, but they’re also dirt cheap! These cannoli pancakes are only $2.50 a pop, and no, you don’t want to attempt to eat one all by yourself!

It’s home of the white hot.

The “white hot” is actually a variation of a hot dog made from a combination of uncured and unsmoked beef, pork, and veal. The lack of smoking and curing allows the meat in the hot dog to train its white color, and they also contain less fat.

Start digging into some of the best food in the city.

Everyone deserves to enjoy the unique and innovative local cuisine of their favorite cities. However, when the day is done, it’s crucial to keep up with your oral hygiene, especially after eating all those wild meats and sweets since they affect the health of your teeth.

That’s where we come in. Need a pediatric dentist in Rochester, NY? Contact us today and request a visit!

View all posts by JudithSheaDDS →